Special thanks to Michael Ingmire of Politichicks.com for this contributing editor piece.

“I’ve seen the needle and the damage done, a little part of it in everyone
But every junkie’s like a setting sun…” 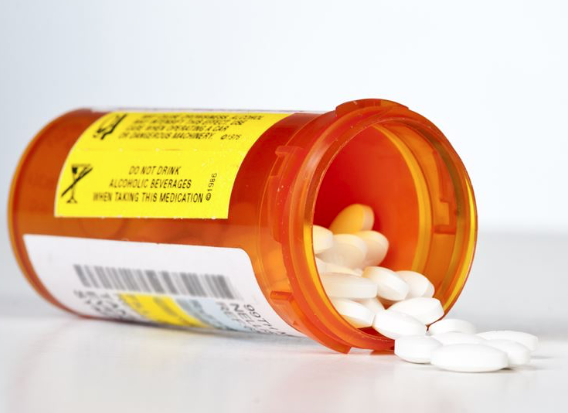 The recent disclosure by Tom Petty’s family of the results of his autopsy was a courageous public service to his fans and to the American public. Petty died of an accidental overdose of a combination of drugs including Fentanyl patches, OxyContin, Restoril, Xanax, Celexa, acetyl fentanyl and despropionyl fentanyl.

Like Prince, who died of an overdose of the narcotic Fentanyl, Tom Petty was facing some painful hip issues. Additionally, he was also suffering from emphysema and knee problems. He had fractured his hip before his lengthy 2017 40th Anniversary Heartbreakers tour and relied more and more heavily on the meds throughout the tour. I have a couple of questions for Petty and his management: Why not cancel the tour and get the appropriate treatment? I know the music business has contracts and obligations, but what about your life Tom?  The other question is for his doctors: Did you guys ever look at what the other was prescribing? Truly dangerous and potentially incompetent.  Sedatives and narcotics can be deadly mixture as it was in Petty’s case. We also cocoon and pamper our stars to the detriment of their health and happiness.

But the tale that is told here is not just a description of another Rock Star overdose. What follows is a history of an addicted America, the creation of narcotics by our European forefathers, and the current and horrible overprescribing of opioids. In history’s aftermath, we will introduce the newest and oldest drug cartel; Big Pharma.

Let us first discuss the foundation of all opioids, namely opium. The history of opium use in America is as old as our country itself and as old as time. In the 19th century opium was used to calm cranky babies and to treat asthma. Paregoric, or tincture of opium, was used to treat incontinence in infants and adults. It was still prescribed when I was a child.

The United States government decided to tax opium in 1840 when 24,000 pounds of it was imported into New England and a tariff was placed on the import. More traditionally opium was smoked in America in “opium dens” by Chinese immigrants, by adventurers, musicians, poets and painters. While it is addictive it would take an individual quite some time, including long term daily use, to become addicted to opium. Depending on the individual, addiction would usually occur after daily use of a period of six months or more.

In 1803, Friedrich Wilhelm Sertuerner of Paderborn, Germany discovered the active ingredient of opium by dissolving it in acid and neutralizing it with ammonia. The result was Principium Somniferum or morphine. Morphine was named after the Greek God of dreams, Morpheus.  The western medical community, including physicians in the United States believed that opium was now “tamed.”   Morphine was lauded as “God’s own medicine” and was praised for it’s reliability, long lasting effects and safety. In 1827, the pharmaceutical company E. Merck & Company, of Darmstadt, Germany, opened their big doors to take over the market on opioids and are the foundation of Big Pharma. E. Merck & Company were also the eventual manufacturers of pharmaceutical cocaine. Here we had a replacing of a natural cure with a synthetic one that has serious side effects.

A blatant example of the cure dished out by the legal drug dealers for opium addiction being far worse than the disease. Morphine is far stronger and much more addictive than opium.

In 1843, Dr Alexander Wood of Edinburgh discovered a new way of administering morphine, injection with a syringe. Dr. Wood found the effects on his patients instantaneous and three times more potent than oral administration. For the recreational user, intravenous use was three times as addictive.

In 1874, the English researcher C.R. Wright first synthesized heroin or diacetylmorphine by boiling morphine over a stove. In 1890, the United States government imposed a tax on morphine and opium. Making money on medicine and misery. In 1895, Heinrich Dreser, working for The Bayer Company of Elberfeld, Germany, discovered that diluting morphine with acetyl created a purer version of heroin without the “side effects” of morphine. Three years later Bayer, making of our favorite baby aspirin, created a cure for morphine addiction, heroin. Again, the cure being worse than the disease.

In 1914, the Harrison Act outlawed the commercial sale of opium, morphine, heroin and cocaine in the United States. This forced addicts to purchases their drugs from street dealers. But it was not only street addicts that had problems with narcotics as many average citizens had also become addicted. Organized crime saw an opportunity and filled the need for the now illicit narcotics.

Historically, opium addiction was also nicknamed a “soldiers disease,” as far back as The Civil War. That was because of soldiers becoming addicted to the opium that was being used to treat their pain from war wounds. Additionally, the introduction of the morphine syrette in the medic’s field kits in World War II, further increased the rate of addiction among soldiers. The syrette was similar to a syringe. But it was actually a closed flexible tube. It was similar in appearance to that of a toothpaste tube. It had a wire loop with a guard that was used to break the seal of the attached needle. Than the wire loop was removed and the hollow needle was inserted under the skin at a shallow angle with the tube being flattened by the thumb and fingers of the soldier. The syrette was the creation of the pharmaceutical company Squibb, now known as Bristol-Meyers Squibb.

Narcotics addiction increased throughout the 20th century hitting new peaks during the Vietnam era. The exposure of many soldiers to the almost pure heroin of “The Golden Triangle,” increased the rate of addiction among our military. The Golden Triangle was the term used for the three countries Myanmar, Laos and Thailand. These three countries produced vast amounts of opium and some of the world’s purest heroin. Many who faced the horrors of war brought home another burden; addiction and the lack of any semblance of any pure heroin in the streets of America. Street heroin was heavily cut and ill suited to the addict’s need.

So the Big Pharma Cartel comes to rescue again, with a cure worse than the disease, in the guise of methadone. Methadone was originally developed in Germany between 1937 to 1939 by Gustav Ehrhart and Max Bockmulh. It was approved for use in the United States in 1947. Though it was used to treat pain issues, it was also found to help people withdraw from heroin as early as the 1950’s But it was not until 1971 that the first methadone clinics were established. There were two types of methadone clinics; private facilities where the waiting list was not as lengthy and the big Pharma and government collaboration that created the public methadone clinic. The public clinic where Medicaid is accepted, but the waiting list is longer. At these clinics methadone is mixed with a juice and was drank by the addict, daily.

Whereas an addict can withdraw from the physical effects of heroin in 72 to 96 hours, methadone can take six weeks or more for the addict to withdraw from it’s grip. The physical after effects are said to be horrible. Many people develop arthritis and blame it on the long term use of methadone. In addition, many addicts go back to heroin after quitting methadone.

Somewhere in the context of our drug culture we moved from substances that merely shifted consciousness to the substances that absolutely blot out our consciousness. I always liked the statement that the Poet James Douglas Morrison made about pain where“ Pain is like a radio, it is something to carry.” While Mr. Morrison probably meant the experience of emotional or spiritual pain, I think that it can apply to physical pain also. Pain is a warning sign that something needs to be fixed in our bodies. Big Pharma, tries to sell us on a pain free existence. Whether they are advertising Dilaudid, OxyContin, Fentanyl or other narcotics, they advertise that we don’t need to feel pain with these narcotics that are far too easily prescribed by well meaning, or not so well meaning, medical professionals. Many doctors are receiving bonuses from drug companies for the prescribing and overprescribing of these sort of drugs. Shameful.

Fentanyl, depending on the dosage, can be 25 to 50 times stronger than heroin. In fact, many drug cartels and their dealers, cut medium to high grade heroin with fentanyl making a deadly potion that is sending many addicts into a permanent embrace with the Greek God Morpheus. The overdose death rate for heroin is decreasing while the rate of death due to fentanyl use and abuse is increasing. Many addicts are not sure if they are getting heroin or fentanyl from street dealers.

Ironic, that many American manufacturers of fentanyl also manufacture the drug, Narcan, chemically known as naloxone HCI.  Narcan is used by paramedics and emergency personnel to reverse a narcotic overdose. It is a narcotic antagonist and has saved many lives. It is not, however, a replacement for emergency medical care in the case of an overdose. Inexplicably, without any real innovative change in it’s formula, the price of Narcan has increased in the past few years from $18.00 a dose to about $82.00 a dose. So many manufacturers are getting paid twice with an increased fentanyl overdose rate and the use of Narcan to bring the overdose victim back to consciousness. Whether in the shadows or filling the corporate coffers, the motivation for any drug pusher is usually greed.

Some states in the U.S, such as Mississippi, Ohio and Oregon, have brought lawsuits against drug companies citing gross negligence and their false advertising that underplays the dangerous addictive properties of drugs like OxyContin. Millions of opioids are being flooded into rural areas like West Virginia to the point that it seems like Big Government and Big Pharma want to wipe out a portion of our population. The overdose rate is up, as are the profits.

The opioid problem has to be handled like a national pandemic. It is time for all cognizant Americans to declare war on Big Pharma. Make no mistake, Big Pharma is a drug cartel and needs to be treated as the criminal enterprise that they have become. The writer, William S. Burroughs, stated that “ Addiction is a disease of exposure.” The overprescribing of opioids is exposing a great strata of our population to the dangers of addiction and the considerable possibility of an early death. There is no real medical or chemical cure for a spiritual problem and ultimately, addiction is a spiritual problem. For many, addiction is like a form of accidental suicide. So what is the real difference between Big Pharma and a drug cartel leader like Joaquin “El Chapo” Guzman? As far as I know El Chapo never dined at the White House. I am hopeful because President Trump is taking the fight to the enemy.